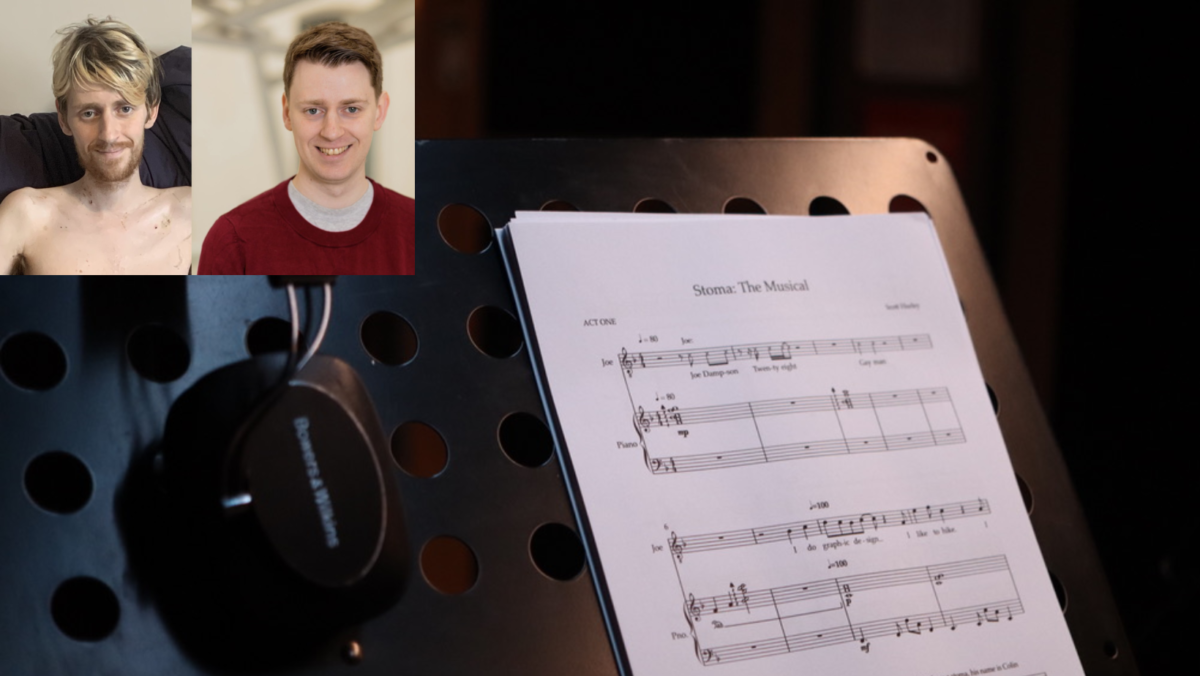 Stoma: The Musical is a show which celebrates life with a stoma while also not shying a way from the challenges of ostomy life.

The show ,which will have a run on BBC Radio 4 extra on the 15th and 15th October is the brain child of Scott Hurley, who lives with a stoma himself.

Scott explained some of the background to Stoma: The Musical

“While having a stoma still carries a lot of stigma I wanted to tell a story in a medium that is one of the loudest and proudest! The story is of a young ostomate named Joe who wants to get back on to the dating scene but fearing his stoma, Colin will turn people away he decides to keep his stoma secret. However, on his first date the unthinkable happens and Joe’s bag leaks everywhere. Will he run and hide from the realities of his new life or will he come out and celebrate the new life Colin has given him”

“The making of the show is also an interesting one because I actually started working on it while I had a reversal. However, the day after recording with my lead actor I wound up in hospital and was there for two months. I was determined to finish the show though so while I had moments of strength I continued to create and edit the show, making decision from my hospital bed with the help of the Production Company (Calling the Shots) and creatives working on it. So by the time it was finished I had a stoma again”