Home > About Us > Our trustees > Mandi Laing: Chairperson 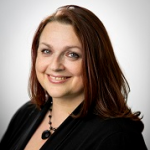 Although born in London, Mandi has moved about and lived for a while in Minneapolis before returning to the UK and settling in Basingstoke. Married to Iain, she has six stepdaughters and two grandchildren. She worked in the treasury function of a large multi-national private company until she retired earlier this year.

We are really pleased that Mandi Laing is now Colostomy UK’s new chairperson. This is what Mandi had to say about herself and taking on the role:

“I met Henry (my colostomy) just before Christmas 2010, after a 2-year period of misdiagnosis and multiple trips to the GP. What had been diagnosed as piles was actually cancer and my issues with going to the toilet were due to a lemon size tumour slowly closing my rectum down. It wasn’t the best Christmas ever, but it was the start of a new phase of my life. Like most people, I did not have a colostomy on my wish list, but by the time I got Henry, he made a more positive impact on my life than almost anything else (barring getting married and buying my dog!). He gave me my life back, enabling me to be more than 30 seconds from a toilet and reminded me that you’re only here once and you should grasp every opportunity you can. I applied for a new job, became a magistrate and got involved with the Colostomy Association, now Colostomy UK.

I am now the chair of this fantastic charity. I’m energised by the way the charity is changing, the initiatives we are involved in and our great team, from those in office, through our registered volunteers, to people who offer support and help on our closed Facebook group. Our general manager (Libby) is a force for change and is helping modernise and translate our strategic vision into tangible results. The projects and campaigns we are involved with will deliver positive changes in the ongoing lives of ostomates that complement and continue our more traditional support services, which tend to be weighted towards the early days of being an ostomate.

It is a great honour to be the Chair of Colostomy UK and I am confident we will continue to improve the life of ostomates, in new and exciting ways.”

I was looking for a way to give back. I knew about Colostomy UK through being a member of the closed Facebook group and had participated in a Fundraising brainstorming meeting in Birmingham, with several members of the team and other interested ostomates. Shortly after this event, the charity advertised for new trustees and realised I had experience that would help me to fill one of these roles.

Firstly, I am an ostomate, so I have ‘lived experience’ that helps me to understand what value the charity can, and should, bring. I also have business experience, which is useful as the underpinning of the charity is a company that employs people, must generate income and needs to be managed and governed accordingly.

I’ve made a lot of good friends! But on a more serious note, I have learned a lot about the challenges of delivering for a charity, I have been exposed to governance that is similar but different to that I saw in the corporate world and I have learned about areas, such as fundraising, that I had no prior experience of.

Q – What have been the challenges you’ve faced, and are currently facing in today’s climate?

When I joined the board it was much larger than it is now and, with a few exceptions, trustees did not have specific roles. This is not the model recommended by the Charities Commission and so we went through a period of significant change as we restructured and slim lined the board to the form it is now.

Like all charities, we are very closely watching the unfolding cost of living crisis. After coming through the Covid pandemic relatively unscathed, we are very aware that our individual donors are likely to be having to make hard decisions about where they spend their money. For this reason, a top priority for the charity is to diversify further our income sources.

Q – Why do you think charities matter?

Charities matter for many reasons. The most obvious is that we provide support and help in areas where state provided support is either limited or non-existent. Generally, people who work for charities, either in paid roles or as volunteers, have a passion for the cause they are supporting, and this passion can generate more benefit than when a similar objective is being addressed by someone who is doing it as part of their job.

Q – How do you look after yourself so that you can look after others?

I try to make time for myself. That can be reading for 15 minutes instead of doing the ironing or taking the time to cook a meal from scratch (because I love cooking) rather than heating up a ready meal. Life can be hectic and full on and even more so when you add a volunteering role into an already busy life. It is important to take time out for me and also to remember that it is better to be honest and admit I have too much to do and have to decline something, than agree to take on a task and then fail to deliver on it.

Q- What advice would you give to someone who is thinking of becoming a trustee i.e., the value of volunteering to gain an understanding of how charities function?

Find out about the charity, what their aims are, who their beneficiaries are, what they deliver and how they deliver it. Also find out what it means to be a trustee. It is more than a title, it is a role and it has certain obligations and liabilities that come with it. Make sure you understand these, so you are not surprised at a later date.

That everyone would know more than me and that I would be exposed as a ‘fake’. In actual fact, everyone on the board brings different skills and knowledge with them, me included, and we all want the same thing and so work together collaboratively to help Colostomy UK deliver that it needs to. I have learned so much from my fellow board members and it has been one of the most satisfying roles I have ever taken.