Home > About Us > Our trustees > Matthew Pollitt: Secretary and Governance Trustee 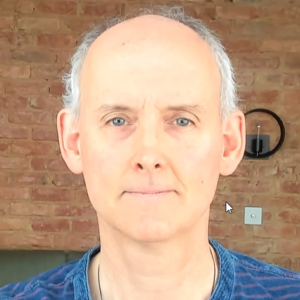 Matthew currently splits his time between Yorkshire, where he grew up, and London, where he has lived for the last 35 years. He has worked for a wide range of not-for-profit organisations of various sizes, including Greenpeace and Friends of the Earth, with responsibilities for finance, HR and IT, as well as charitable governance and administration.

Matthew has had a colostomy since 2012, when he was run over by a bus on the pavement.  Although he was originally told his colostomy might be reversible, after further investigation and various complications it is now permanent. Advice and literature from the Colostomy Association (as it was then) were incredibly valuable and reassuring to him as a new ostomate, and he is excited to have an opportunity to contribute to its ongoing success

Q & A with Matthew

I have had a colostomy since 2012, when I was run over by a bus on the pavement and sustained very extensive injuries. Advice and literature from the Colostomy Association (as it was called then) was incredibly valuable and reassuring to me as a new ostomate. and I have followed and  supported Colostomy UK ever since.

I have been privileged (and am old enough) to work in charities for nearly 30 years, with a variety of “back office” responsibilities, like Finance, HR, IT, and Facilities. I’ve also had plenty of experience around charity governance, ensuring that charities are structured  and operate appropriately and in the best interests of their beneficiaries, which should help with my role as the Colostomy UK Secretary & Governance Trustee.

I only joined in June this year so it’s early days. However, although I always read Tidings from cover to cover every three months, I hadn’t really appreciated how much Colostomy UK does that is relevant to me as an ostomate. It feels like a real privilege to see that close up.  Being a trustee has also created more opportunities for me to talk to people about my own ostomy. It’s not that I was embarrassed to talk about it (well, maybe a bit), more that it doesn’t naturally come up in conversation. Mentioning my trustee role has been a good way of introducing the subject.

Q – What have been the challenges you’ve faced, and are currently facing in today’s climate?

I originally started an application for a different Colostomy UK trustee role back in March 2020, and we all know what happened then; my Work was very pressured for a while, so I had to put the application on hold. Colostomy UK has come through the pandemic really well, but the knock on effects on the NHS make our work more important than ever, whilst at the same time the economic outlook is putting a squeeze on everybody’s finances.

Q – Why do you think charities matter?

Charities play a huge role in UK society, and it’s something we should be proud of. From tackling issues that effect everyone, like climate change, to providing practical support to people with specialist needs who might have nowhere else to go.

Q – What advice would you give to someone who is thinking of becoming a  trustee?

As a relatively new trustee I should really be asking for that advice from others. But I would say, from my experience, that charities can be quite complicated, with multiple groups of  stakeholders and a wide variety of objectives. So it might take time to get a feel for it.

Not a lot in the end, as I went through a good recruitment process, and everyone I met was really friendly and positive.