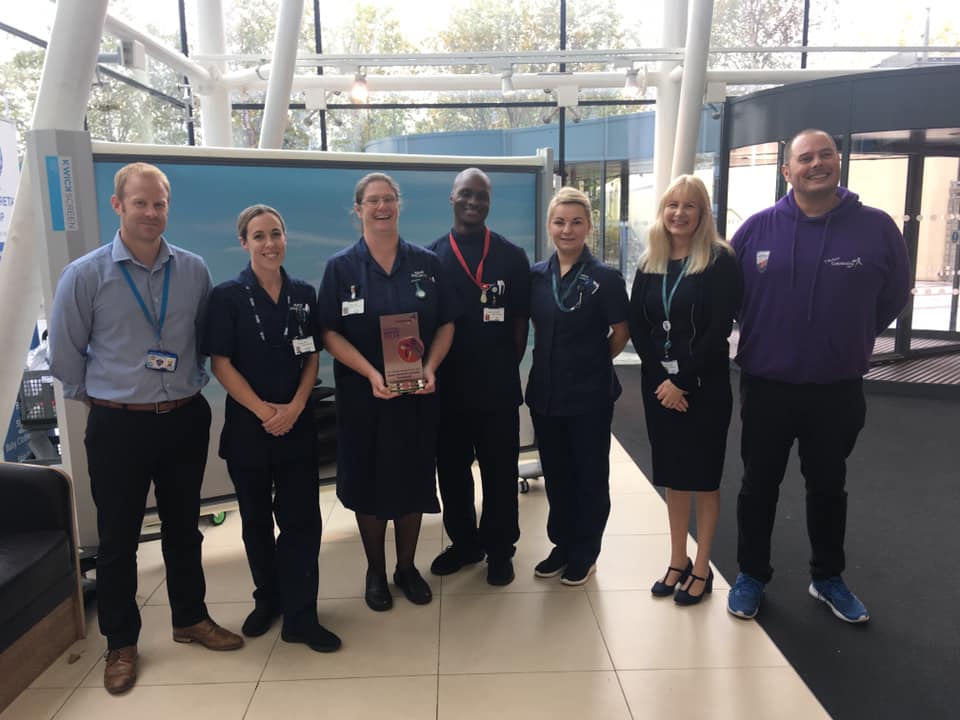 Earlier this year at our Open day in Telford we announced Queen Alexandra Hospital in Portsmouth as the winners of our Purple Iris award.

We were delighted to visit the team in Portsmouth to present them with their award.