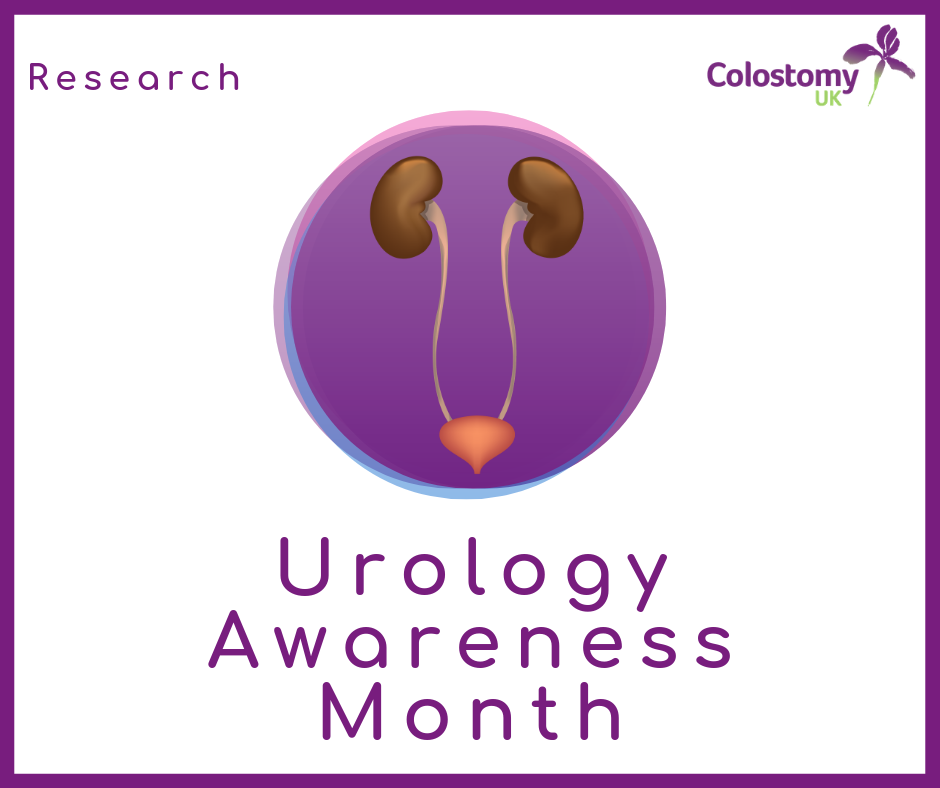 According to The Urology Foundation, it is estimated that 1 in 2 of us will be affected by a urology condition in our lifetime. This can include cancer of the kidneys, bladder, prostate and the male reproductive system. In some cases this may lead to a stoma being formed, a urostomy.

A urostomy is a stoma formed to divert the normal flow of urine from the kidneys and ureters. Instead of going to your bladder, urine will go outside of your abdomen through an opening called a stoma. Urine passes through the stoma and is collected into a special bag called a urostomy pouch.

It is a procedure that is less common than other stoma surgeries, even in the medical community.

Earlier this year we worked alongside Rachel Jury and John McGrath to carry out research on the recognition and knowledge around urostomies amongst healthcare professionals.

We conducted a small, qualitative survey of people who had undergone the surgery via our closed facebook support group. This asked the question: “How knowledgeable have you found Healthcare Professionals about urostomies?”

We had 52 responses and of these, 50 indicated that lack of knowledge was normal in encounters with HCPs. While in some clinical settings this is understandable, it was notable that some respondents recorded instances where staff on urological wards seemed to confuse a nephrostomy with a urostomy.

Healthcare professionals encounter few urostomies during their careers. It is estimated that 10,000 people in the United Kingdom have a urostomy, compared with between 110,000 and 120,000 with colostomies/ileostomies. Finding a way to embed knowledge and keep it up‐to‐date is therefore central to the problem.

Our project has provided the impetus for larger scale research, with the aim of addressing this issue and improving the treatment and care that patients with urostomies receive.