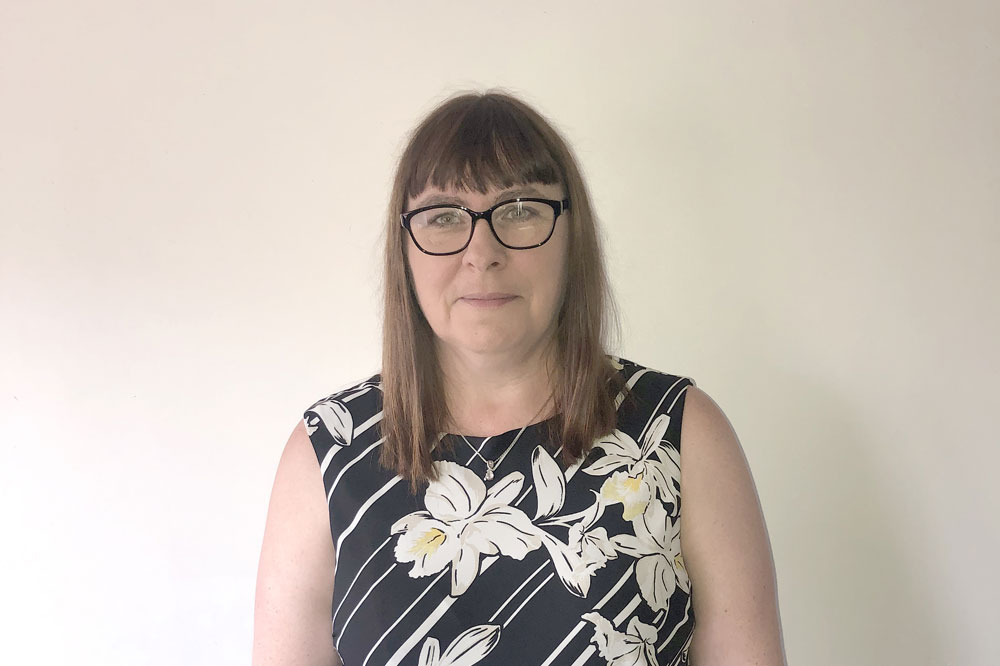 One of the biggest impacts of society not being Stoma Aware is how words and comments can have a negative impact on peoples mental health.

Vicky is 44 years old (correct at Autumn 2019) and has two stomas. She has named them ‘Ping’ and ‘Pong’, Her story illustrates perfectly why we need to get better at talking about mental health and stomas. Vicky’s story began when she was 25 years old and suffered a spinal injury. This occurred from a simple, but tragic accident. Her son, who was a baby at the time, had just woken up and Vicky was carrying him downstairs, when she lost her footing. The injuries she sustained didn’t require emergency stoma surgery. Indeed, Vicky had her loop colostomy 14 years later. It was performed as the final option, after other procedures and medication had failed. This gave Vicky plenty of time to research what the surgery entailed. But, as she said, you can only prepare so far and she still remembers waking up afterwards, seeing her stoma and thinking: “I can’t do this!”.

Of course this is not an uncommon reaction. Nor were Vicky’s subsequent feelings of relief when she mastered bag changing. Shortly afterwards, buoyed by how she was coping, Vicky made her first trip out. But an incident at weight watchers changed everything and made Vicky realise that she was far from recovered: “I was sitting there and my bag made a noise. I was mortified, but tried to act normal and ignore it…that was until the people by me laughed and made unpleasant comments. I left in tears, not wanting to return or, in fact, leave the house for fear of this happening again”. Vicky found herself in a situation where her body was healing well but mentally, (to use her own words), she was a “mess”. She worried constantly about leakage, noise and smells. She also started to develop irrational fears about using public toilets. Bag changing wasn’t the issue. Instead Vicky worried what people using the facilities after her might think. I’m sure many readers will be able to relate to how Vicky felt at this time. But in Vicky’s case, it led to her becoming a virtual recluse.

Vicky can’t put her finger on a particular moment or incident but, over time, something changed. Perhaps the critical thing was that she began to accept there was a problem. This led eventually to Vicky giving herself “a good talking to”. I told myself: “So what! I have a bag. We all go to the toilet; I just do it in a different way”. As this fresh mind set became embedded Vicky started to cope again, helped by the ever-present support of her family. As a mark of how far she had come, she plucked up the courage to go on holiday and even took the brave step of wearing a bikini. Vicky says that although she still harboured paranoid thoughts, she had recognised that if she didn’t start to think and act differently, then her stoma was going to take away her life. It might have helped her ‘physical’ body, but it was in danger of destroying her mental wellbeing and sense of ‘self’.

Sadly, as Vicky started to cope, so it became clear that her loop colostomy had not resolved all the problems from her spinal injury. In 2018 she was told that she would need a bladder diversion and a second stoma (urostomy). This was a great shock and a devastating blow. But Vicky says she still managed to stay positive (at least at first). Despite dreading the thought of more major surgery, she was doing well with her first stoma and thought: “If I can cope with one, I can cope with two”. However, Vicky found things much more difficult second time round. She suffered with infections and soreness. She also quickly discovered that management and care of a urostomy is more intense than a colostomy. It took a while to find the right bag and all the while she was leaking daily and the skin around her new stoma was sore with blisters. Hearing this, I wasn’t really surprised when Vicky said that all her old fears returned and “with full force sent her flying backwards”. So much so, that she began to push away her family, who were desperately trying to support her as best they could: “they would say to me ‘you are what you are’ and ‘what you have makes you’ – but to me these were just words”.

The physical recovery was slower this time round. Its impact on Vicky’s mental health can be measured by the fact that she was pleased. When she said this I was taken aback, immediately wondering why this was the case? Vicky explained: “I was glad my recovery was slow as I saw this as a way of living in my little bubble and hiding away from the outside world. Just walking to the local shop was a challenge. I would look down at my stomach area and think everyone would hear the urine”. As Vicky’s body started to heal, her mental struggles intensified: “I would wear layers of clothes and hold my stomach to hide the two bags, even though I knew they were covered. I constantly gave excuses to my family and friends if I got invited out. I remember doing the first post–op school run. I got to the school and just wanted to turn round and run back home. I sat in my car frozen, I couldn’t move. My son had to be taken into school by another mum”.

This was a very dark time for Vicky. Her relationship with her husband also started to suffer, as she found herself wanting to hide away from the man who loved her. Perhaps it was this that triggered something in Vicky again. She began to realise what was at stake and that if she didn’t act, then she risked losing everything. Just like before, Vicky made the decision to fight her negative thoughts and grasp back her life. I asked her how she managed to do this and her answer was: “Little steps. One day at a time”. One strategy she developed was to try and change one negative thought into two positive thoughts in the hope that this would help her to begin embracing life with two stomas. It was this that led to the naming of her stomas ‘Ping’ and ‘Pong’. She also did her best to imagine what her life would have been like if she had tried to carry on without having stoma surgery. Gradually her efforts paid off, although Vicky was at pains to point out that the road wasn’t straight and level, but bendy and with plenty of dips.

Thankfully, Vicky is now in a better place and firmly believes that mental scars can heal just like physical ones. If you are suffering then her advice is simple: no matter how hard it is, try to pluck up the courage to talk to people around you about how you are feeling rather than hiding away.

If you’d like to talk to someone about how your are feeling, we are here. Whether you you have questions, need support or just want to talk to someone who lives with a stoma, you may contact us via our 24/7 Stoma Helpline. The helpline is never switched off and when you call, you’ll always speak to volunteer or member of the office team. All of our volunteers have a stoma and are fully trained: 0800 328 4257