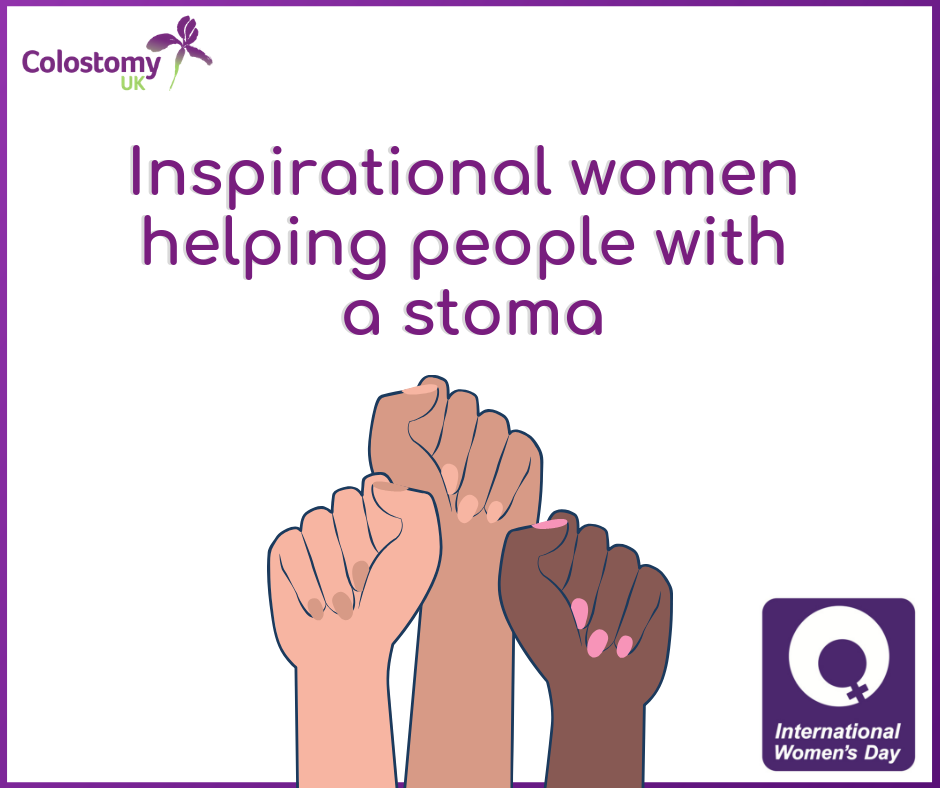 On International Women’s Day our initial thoughts were to put something together that spoke about all the inspirational women who have had such a positive impact on Colostomy UK and its predecessors over the last fifty plus years. Of course we wouldn’t be here now if it wasn’t for the work of Gertrude Swithenbank and Frances Goodhall back in 1963 who laid the groundwork for what became the Colostomy Welfare group in 1967. From then onwards women have filled and continue to fulfil every role within our charity from trustees to volunteers to staff members, fundraisers, and advocates. Doing justice to the impact they have had would be far too long for one piece, so instead we’re going to talk about the positive impact women have had on the everyday lives of ostomates in just one week, and through the eyes of one person.

Last Saturday I attended the Kings Lynn Ostomy Friendship group. I was picked up from the station by Elspeth, a New Zealander by birth but now very much at home in Kings Lynn. Elspeth has been running the Ostomy Friendship group for nearly twenty years and alongside one of our volunteers Mo, has built a community of over 70 people who come together to support each other, and have a lot of fun together at the same time. It cannot be underestimated, the impact that Support Groups have in providing a safe space for ostomates to connect and share stories, tips and advice. It’s thanks to ladies like Elspeth and Mo that they continue to flourish throughout the UK. I also met Gill and Melanie on Saturday, two stoma care nurses based at Queen Elizabeth Hospital in King’s Lynn. They’re there at every meeting, giving up their spare time to support their patients, and offer advice and guidance where needed.

On Monday I attended the last committee meeting before the launch of the Windsor, Ascot, Maidenhead, and Slough (WAMS) stoma support group that will meet at Dedworth Green Baptist Church in Windsor. Isabell, Carolyn, Alison, and Ruth are the driving force that in little more than 6 months has taken a seed of an idea that was planted by local stoma care nurse Liz, and grown it into what we’re sure will be a great success in an area which includes up to 2000 ostomates in its population.

Then on Wednesday I had a quick catch up with the amazing Irene. Irene is a Colostomy UK Volunteer and she had been visiting the town of Dawley in Shropshire as part of her efforts to make Shropshire stoma friendly. Through her campaigning both Ellesmere and Oswestry town councils have already made all their accessible toilets stoma friendly, with Dawley to follow shortly. Irene is also one of the friendly voices on the other end of our helpline, and also finds the time to run a thriving support group, The Shropshire B.O.T.S.

I’ve also had the pleasure this week of speaking to a couple of ladies who are raising funds for Colostomy UK. Sammi had stoma surgery in August 2018 due to ‘no longer being able to cope with the symptoms that come with Crohn’s disease’. A year to the day of her surgery she is planning to take on Snowdon to raise funds for Colostomy UK and to prove that a stoma shouldn’t stop anyone from doing what they want to. Then we have Barbara, a stoma care nurse that first came across Colostomy UK last November. She’s also climbing Snowdon but in May this year, because she’s ‘seen first-hand the support offered to people with a stoma’

This is just a tiny snapshot from one person’s perspective of all the great things women are doing to support people with a stoma, and Colostomy UK. This article might be about International Women’s day but there are there are thousands of amazing women in the ostomate world. People who truly go above and beyond on a daily basis, often putting aside their own issues to help others.