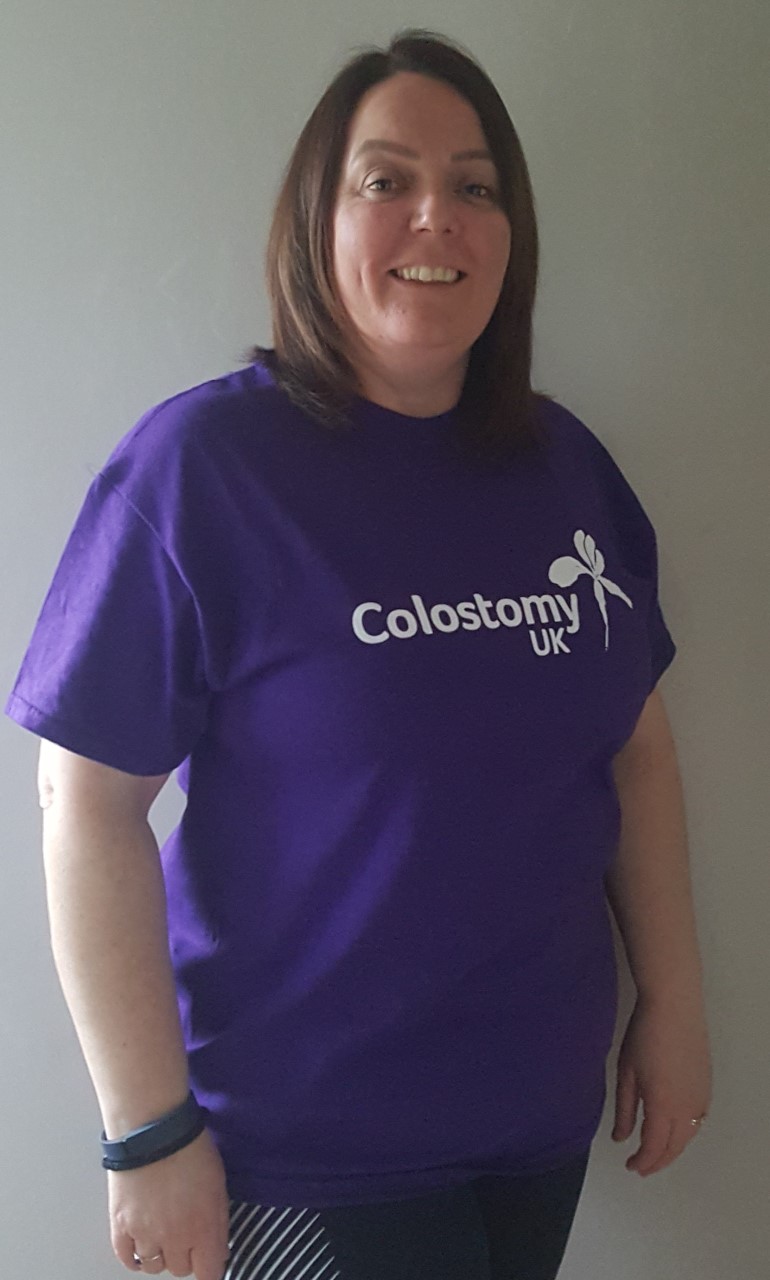 My name is Barbara Milleret and I am a community stoma nurse working in the North London and Hertfordshire area.

I got my first post as a stoma nurse at Chase farm Hospital in 2001. I then became a Colorectal CNS at Barnet Hospital in 2003. In 2007 I decided to concentrate on family life but returned in 2013. Now I’m here to stay.

I recently became involved with a new local support group in Potters Bar called Ostofriends. At one of these meetings Giovanni from Colostomy UK came to say hello and tell us a bit more about the charity. I was struck by how humble Giovanni was and how he “sold” Colostomy UK. As I was thinking about doing something big that year (Mt Snowdon) I mulled it over for a few weeks before contacting Giovanni and offering to raise money for Colostomy UK.

Now there was no going back…… I joined a gym and stated seeing a trainer to help me build up some strength. I wanted to return to the gym for a while but didn’t have the confidence or the Time to do so. I work four days a week and have three children so time is precious. This sometimes made training difficult but I was determined to do this, especially as so many of my friends and colleagues as well as patients started to sponsor me.

As the money started to increase so did my excitement and determination to complete this climb. My husband agreed to climb as well as three other friends.

The weekend arrived and we packed the kids off to family and travelled the five hours to Wales to the beautiful Betys Cowd. My friend planned our route and we climbed the Watkin path. This is one of the harder routes but I didn’t know this at the time. The first two hours of the climb went well although the weather wasn’t on our side. We got to a point where we had to scramble and this took us a whole hour. There were times at this point that I thought I couldn’t do it, however as clichéd as it sounds I started to think about my patients who sometimes have no choice. Some days for them post-surgery must feel like climbing a mountain too.

We eventually made it to the top after three hours and had a much needed cuppa in the café. Although it felt great and the place was buzzing I will still aware that we needed to get back down. Again we scrambled down the side of the mountain and eventually got to the bottom after seven hours in total on the mountain.

The elation we felt was amazing however the legs felt like lead. I don’t think I was fully prepared for that feeling and actually couldn’t move out of the car once we arrived back to our B&B. I think I walked sideways for four days!!

Would I do it again? At the time it was a definite No, however given a bit of time to think about it I would love to experience it again. I have managed to raise £860 so far and I am hoping to hit £1000 mark……. Oh and I have just started training for a 10k race for life in July, I must be addicted!

If you would like to take on a challenge however big or small for Colostomy UK we’d love to hear from you!

To find out more about the Ostofriends stoma support group visit www.ostofriends.co.uk