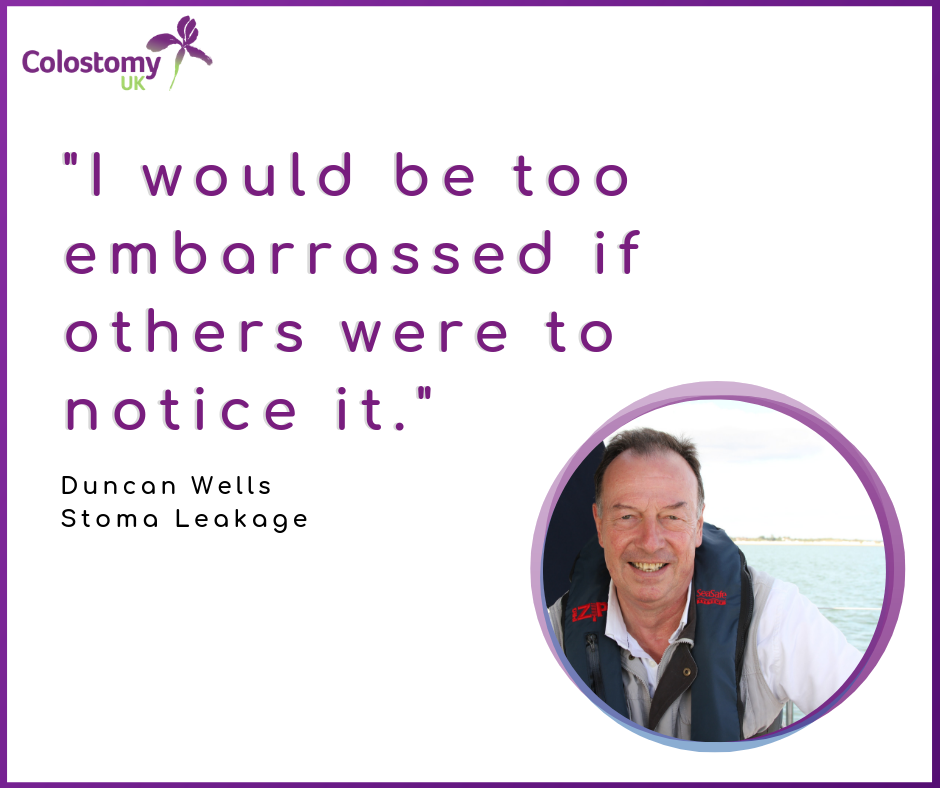 I often hear leaks described as explosions, ‘the bag burst’ etc. but it has never been my experience that a bag has burst. They are made of stout stuff.

Leaks for me tend to be more insidious, more about ‘seepage’, which is nonetheless distressing and potentially embarrassing.

What happens is that the flange/the base plate comes away from the skin. The bag – I have a two piece – remains attached to the flange and the leak comes from under the flange.

There is no rhyme or reason to a leak. One time I had the flange on for a good 7 days, during which time the outer, sticking plaster element of the flange had quite come away and the flange was only being held on by the hydro colloid in the centre. And there was no leak, no smell, nothing. I changed the flange because I thought it was risky to continue like this.

I do use a convex inner ring which does help to reduce leaks, or seepage.

But what I do get and again for no rhyme or reason is ‘Erosion’. You notice erosion because of the smell. There is a nasty niff coming from the area of my colostomy. I have a look, hoping that it is because I have not clipped the bag to the flange properly, as this is an easy fix and on occasion this is the case. More often than not I will see a brown spot on the flange. Something is trying to get through from underneath. This brown spot can be at the bottom of the flange but equally and confusingly it can be above the stoma. Gravity is not involved where erosion is concerned.

The minute I am aware of the smell and see the brown spot I need to change the flange. I know I am the closest person to the smell emanating from my stoma and I may be over sensitive but I would be too embarrassed if others were to notice it. I was always embarrassed by farting, both the noise and the smell. Others I know enjoy a good fart, the louder the better. Not me.

My fear is not so much leaks, which I have had and which are a nightmare to deal with if you are out in public – will anyone notice after you return from the loo that you are no longer wearing a shirt under your pullover as you had to throw it in the bin – my fear is the smell from erosion and noise. I am standing in front of a group of people presenting to them and my stoma makes a noise. Everyone has heard. But they are confused. This noise has just come from my chest. And I am trying to cover up the noise by coughing. And there’s another noise and again more coughing from me. Notice I cough after the noise, not at the same time, obviously as I can only react to the noise. By now people are looking at me, oddly. I say nothing and carry on. It’s what you have to do.