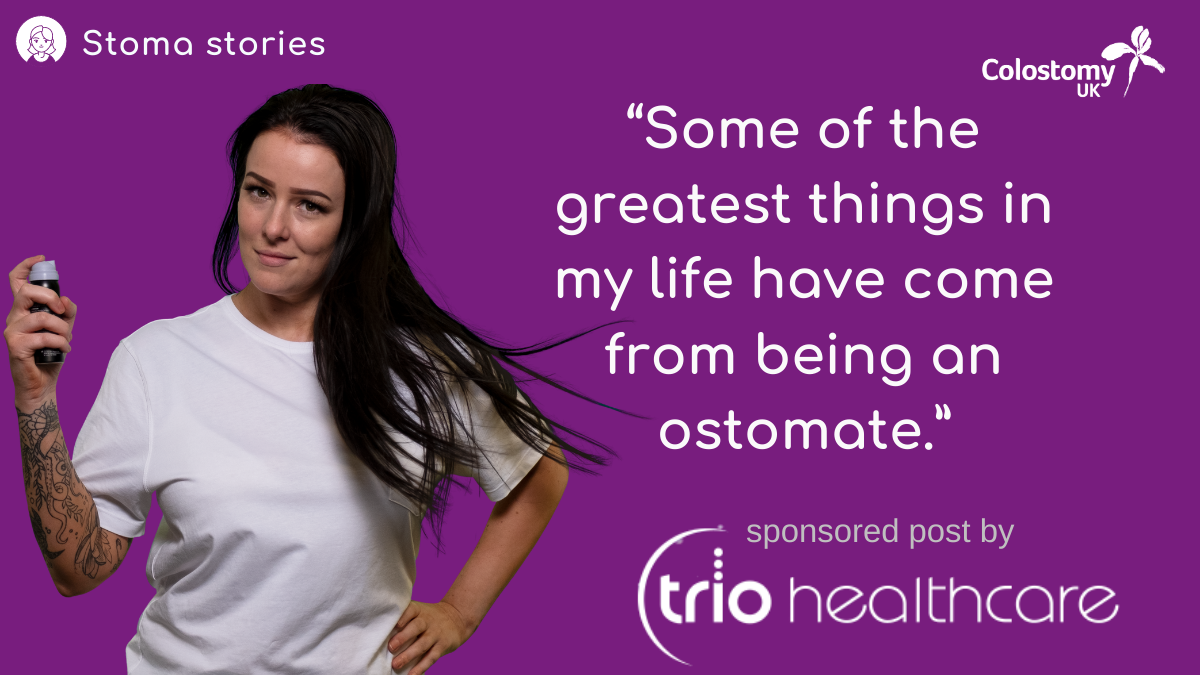 “Some of the greatest things in my life have come from being an ostomate…I would not trade the person I am today for the person I was before, bowel or not.”

Rachael Kin, aged thirty and from High Wycombe, saw her life turned upside down when she underwent stoma surgery. She shares how she regained her confidence, eventually becoming the first ostomate beauty queen in the world.

In January 2017, Rachael Kin was at the peak of her physical fitness. She was running competitively and training for the London Marathon. However, throughout the course of the month, the funeral care assistant started to experience chronic stomach pains completely out of the blue. Initially thinking her symptoms might be food poisoning or a stomach bug, Rachael delayed seeking medical advice.

Her symptoms did not ease, and when she noticed blood in her bowel movements, Rachael visited her GP. Tests revealed an inflammation in the colon. By this point, Rachael’s condition had deteriorated significantly. She had lost weight, was too fatigued to maintain her exercise regime and was still losing blood. A colonoscopy confirmed she had inflammatory bowel disease, but the root cause was still not determined.

The following month, Rachael was called to hospital to discuss the results of a biopsy: ulcerative colitis. On the day she received her results, Rachael felt incredibly weak. After returning from the hospital, she collapsed at home – she’d gone into septic shock. Blue-lighted back to hospital, doctors battled to get her infection under control with antibiotics and steroids. The treatments didn’t take hold, and a week later she underwent emergency ileostomy surgery.

“A week after finally getting to the bottom of my symptoms, I was waking up with a stoma and a new way of living, with no comprehension of how the surgery would change my life. I felt overwhelmed, isolated… there was no one my age, in my shoes, who I could relate to. I felt completely lost.”

Two years after surgery, she was visiting a Colostomy UK event when she came across Trio Healthcare. Having had issues with leaks irritating her skin, she began using the Trio Elisse® silicone skin barrier spray to provide a protective layer between her skin and seal.

“I was very naive for a long time after surgery about the help and products available to help with caring for my stoma. It’s one of the reasons I’m keen to talk about my experiences, to help other people who might feel out of their depth and not know where to go for advice or support.”

“Surgery saved my life, and meant I can be active and run around after my daughter, but the shock of a new way of living took a while to adjust to. At first it was a rollercoaster – one week I was fine, and the next felt like a dream. A month after surgery, I went into a pretty deep depression and hit a brick wall. My relationship had broken down, but it was also partly because I didn’t know anyone else in my situation.”

Being an ostomate hasn’t slowed Rachael down though. One of her major achievements was winning the Miss Beauty United Kingdom pageant in May 2019. “Entering gave me something to focus my energy on, and it’s a huge undertaking to prepare and compete. Initially, I didn’t even realise that if I won, I would be the first ever beauty queen with a stoma bag. It wasn’t until I got home, and looked at my crown and sash that it hit me. I knew then that I should use my platform to help other ostomates realise that life doesn’t stop after surgery.”

Her role as an advocate for ostomates even saw her gift her crown to a young girl, 7, who had recently undergone ileostomy surgery, and was feeling nervous about returning to school with a stoma.

“I wanted to show her that there’s so much you can achieve with a stoma bag. Some of the greatest things in my life have come from being an ostomate and that’s hard for some people to understand because society generally perceives a stoma bag to be a disadvantage to your quality of life. For me, the truth is I have found far more purpose and value in my life now, and I would not trade the person I am today for the person I was before, bowel or not.”

“There is this cliché phrase that we with chronic illness always go into: you never know how precious life is until it’s almost gone, but honestly…when death becomes a real possibility there’s a sudden realisation of how much potential there is in being alive that we just never used. For me I almost realised this too late.”

Trio Healthcare develop, manufacture and distribute a range of silicone ostomy accessory products. Their full product range can be found at trioostomycare.com