Home > News > Talking to your children about your stoma

Talking to your children about your stoma 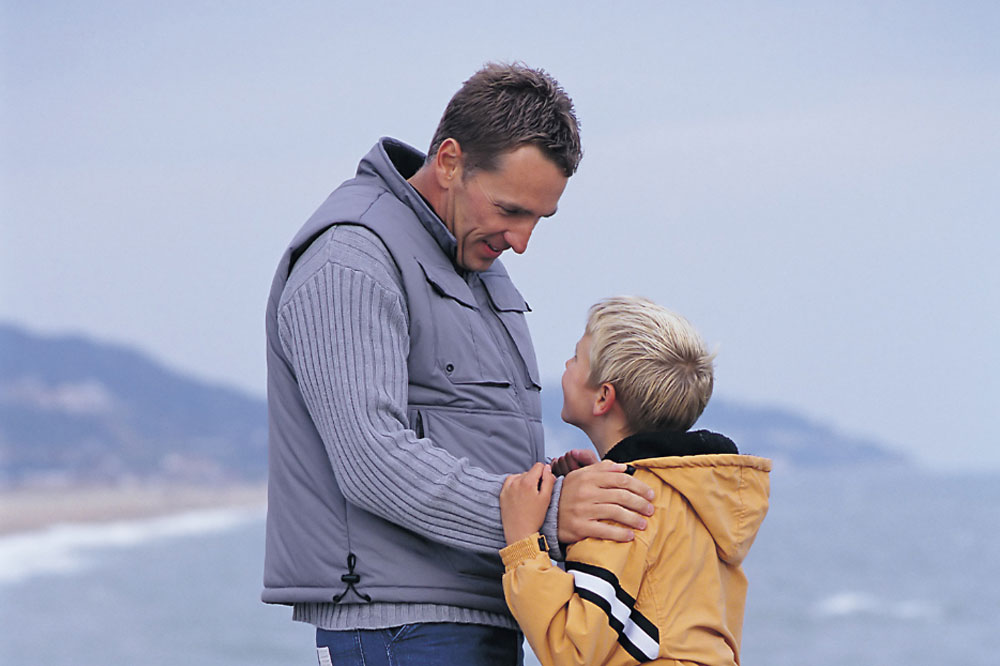 On Father’s Day we’re pleased to share Adam’s* story. His young son struggled to come to terms with his dad’s illness and stoma surgery, so Adam had to find ways to communicate and help his son to understand.

Adam Thompson was diagnosed with Stage 3B Bowel Cancer at the end of 2017. For the father of two, cancer diagnosis caused a lot of worry, not just for his own health but also about the impact on his family. Adam was just 44 years old when he was confronted with his diagnosis and said “When I was told I had cancer, the doctor asked how much information I would like to know, and I decided then and there that I only wanted to know what I needed to know. I knew I wasn’t going to die [immediately] tomorrow, but I had no idea what was to come… and in hindsight I think that was a blessing.”

Adam underwent Abdominal Perineal Resection (APR) Surgery to save his live at the end of April 2018, resulting in the removal of the lower part of his colon, rectum, and anus. He said, “the surgery was quite extreme.” In the immediate aftermath of the surgery, he said his newly formed stoma was ‘nothing in comparison’ to dealing with his discomfort from the APR surgery.

Witnessing Adam’s treatment and recovery were his wife and two young boys who were just six and 10 years of age at the time. The immediate threat to his life was gone but now Adam and his family had to adapt to life with a stoma. Adam said, “after you have stoma surgery there are a number of practical boxes that you have to tick in order to be discharged from hospital – such as your first bag change – but there is no step that covers support for your children, and I was left on my own wondering ‘how do I tell my kids’.”

Adam and his wife decided to talk at length with their sons about his stoma surgery, and they both said they understood… but it later became apparently that this was not entirely true.

After six weeks (compulsory) bed rest, Adam looked in the mirror and wondered “what have I become?” He described not feeling like a man or even feeling human. He went through a period of wondering whether it was worth buying nice clothes anymore. He had had a passion for motorbikes before his surgery but said he felt that he would be a ‘fraud’ if he got back on a bike because he did not feel like the same man he was before. Adam said it took time to come to terms with seeing something that was previously an internal organ on the outside of his body.

He had joined the Colostomy UK Support Group after discovering that he was due to have stoma surgery and he said after his operation it made a world of difference having people who could relate to what he was experiencing. He also sought counselling following his cancer diagnosis and subsequent surgeries to help him to come to terms with all that he had been through.

In the whirlwind of emotion of cancer diagnosis, APR and stoma surgery, it became clear that their youngest son, Harry, who was now seven, wasn’t coping as well as he’d led his parents to believe. This is not uncommon. Young children are not necessarily emotionally developed enough to understand or express their real feelings in words, and they often express their feelings through play or their mood.

Adam and his wife were so concerned that they arranged for Harry to meet with a clinical physiologist, and it was through these sessions that they learnt he did not understand what had happened to his daddy. He thought the stoma meant that something was wrong, and he was not able to differentiate between the stoma, cancer and prospect of losing his dad.

Adam said he had Aristotle’s famous quote “Give me a child until he is seven and I will show you the man” ringing in his ears. Aristotle believed that when it comes to child development, the most crucial milestones in a child’s life occur by the age of seven, and Adam was conscious that he didn’t want unresolved anxieties that Harry held to impact him in later life.

Adam and his wife felt sad that Harry was struggling but they also felt proud that their son had been able to articulate how he was truly feeling. Adam said, “It’s not easy for a seven-year-old child to express or understand their feelings so we congratulated him.” Adam who works as a consultant, took a pragmatic approach developed through his career stating, “bad times are an opportunity.”

Adam then set about finding a way to help his son and turned to the Colostomy UK Facebook Support Group for help. We (Colostomy UK) were able to provide him an ‘anatomy apron’ and some support books for children. The anatomy apron, which has felt intestines that can be manipulated and removed is a fantastic teaching tool for educating people about the various kinds of stomas and the surgical procedure. 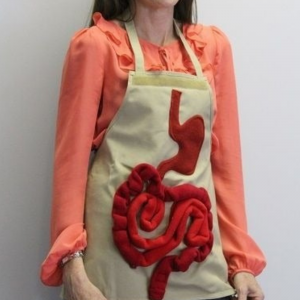 It was decided that Harry and his dad would present to the psychologist using the apron and explain what a stoma was. This was a pivotal moment for Harry. Adam said “The process was transformative. He was able to handle the felt intestines and play out the formation of a stoma. It helped him to understand not only the process of the surgery but why I’d had the operation, that I was okay, and also that it was basically just a change of [my] plumbing! It’s amazing to know that resources like the gown exist.”

The shared experience of learning about Adam’s stoma brought the whole family even closer together.

Just as Harry was coming to terms with his dad’s stoma, so was Adam. As part of the journey of acceptance (and as a as a coping mechanism) he decided to name his stoma. He said “the name gave my stoma a persona which meant I had ‘someone’ to blame when accidents happened or when I passed wind at an ‘undesirable time’.”

Four years on Adam has scraped the name and said “my stoma is just part of me now – like my big toe or my hand”. Harry is now 10 and is dad’s stoma has become the norm. Adam said “we barely even notice it. I now irrigate. It is an hour every 48 hours and means I have no worries whatsoever. It’s such a habitual part of my routine now.” 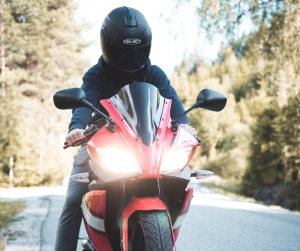 Through open discussion and a few useful tools, the family are all in a much better place… and happily, Adam is now the proud owner of not one, but four motorbikes!

*Names have been changed for anonymity.