Home > News > The Fit is the difference 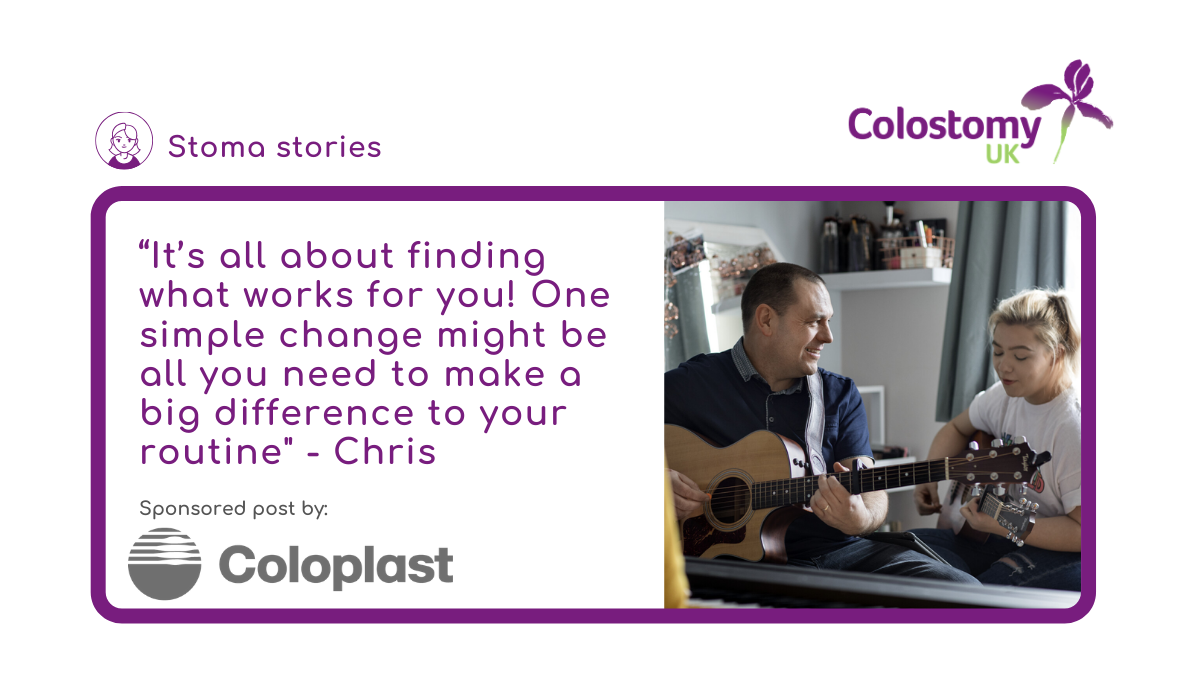 You may recognise Chris Morrison and the work he has been involved in with Colostomy UK.

Here Chris tells us more about his stoma story and how finding the right product fit gave him confidence to return to work.

I’m 50 years old and live in the beautiful City of Derry in Northern Ireland. I’m married with 3 children and have been an Operational Firefighter for over 27 years now. In my spare time I like to play the guitar and have been known to sing. I have been involved with Colostomy UK now for a couple of years and I have organised two local ostomy – only swim sessions locally as part of their #ActiveOstomates programme, unfortunately our old friend Covid-19 put a stop to the latest one. I was responsible for designing the kit that the Colostomy UK Rugby League team played in last year. I like to keep myself active and in November 2019 I trekked across the Sahara Desert for three days to raise money for the Firefighter’s Charity who had supported me in my recovery. 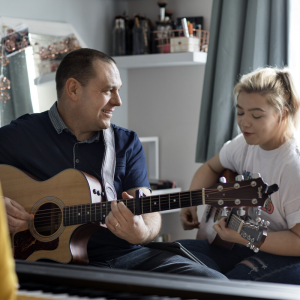 My ostomy journey started in November 2016.
I had been experiencing bleeding from my bottom for approximately six months and a small lump had grown to a large mass which protruded after every bowel movement and had to be physically pushed back inside. I buried my head in the sand and decided I could heal myself with haemorrhoid cream and more fibre in my diet, but I was eventually admitted to hospital in October 2016 for nine days during which time they found an 8cm tumour in my rectum.

One piece of advice I would give anyone facing any type of surgery or medical treatment is to take notes. My wife always brought along a notebook at any meetings or consultations with medical staff. The doctors became accustomed to this and allowed time for responses to questions to be written down. It became a bit of light-heartedness and broke the ice sometimes, but they all openly agreed that they wished more patients would do it because you can walk away from these meetings and consultations and forget things or perhaps think of questions that you should have asked. Two weeks later I had my first consult with my surgeon and this is when I first found out that I was to have a permanent colostomy and my rectum removed.

My first bag change
The next day after surgery, I received a visit from the stoma nurse on the ward to do my first bag change. She offered to do this first change for me but it was my stoma now and the start of a new routine for me, so I felt I had to own it from day one. So, into the bathroom we went, fully equipped with my first Coloplast SenSura Mio bag and all the kit to be instructed through my first bag change. I won’t lie about this; it was difficult to look at for the first time. It reminded me of the scene from the film, Alien, when the small creature bursts from John Hurt’s chest. I realised I had a lot to learn including:
• Regularly measuring my stoma – which started at 50mm diameter but has now shrunk to 35mm
• How to cut your bags – I whiled away a few hours during my hospital stay pre-cutting, but thankfully Coloplast Charter does all that for me now
• Cleaning and drying the site
• How to apply the fresh bag

The fit is the difference
My first bag was the 1-piece Coloplast SenSura Mio with a flat baseplate which was great until one day about 2 weeks after surgery when the skin around my stoma began to rebel. My Stoma Nurse provided me with boxes of samples from other manufacturers to see if I got on any better with those but I just couldn’t get the right fit or comfort level. After a week of night time leaks, middle of the night bag detachments and smells escaping I decided I had to go back to my original SenSura Mio flat baseplate. My skin felt better, and I haven’t looked back since.
Bodies change over time

I started out using SenSura Mio 1-piece bags with a flat baseplate, but I’d sometimes worry about them being secure at work. I would begin to get odours or feel leaks beginning to happen. These were mainly due to creases in the baseplate from when I applied it to my skin. This is because I developed a ‘bulge’ on my belly around my stoma site, so it doesn’t sit flat to my skin. If you can imagine taking a flat piece of paper and try to wrap it around a tennis ball you can visualise the ‘creases’ I was talking about.

However in April 2018 I got the opportunity to trial a new bag, the SenSura Mio Concave. To say this was a game changer from day one would be no word of a lie. The stability ring fit snugly over my stoma and the wings (some call them petals) almost seemed to ‘snap’ into position n with very little pressure. I had achieved a seal and not one wrinkle in the baseplate. Trialling them at work was an eye-opener, I no longer worried about the small escapes of gas from wrinkled baseplates and the feel and grip gave me confidence that I could get on with my job and not worry about leaks or my bag detaching. Two years on, the SenSura Mio Concave bag remains the best fit for me. 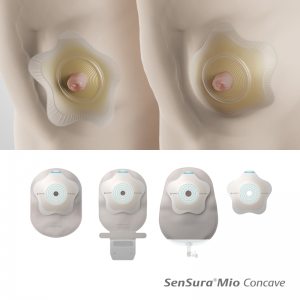 To anyone experiencing problems or issues with your supplies or fit please do not suffer in silence. It’s all about finding what works for you! I use Coloplast products because they work for me, I have confidence in them not letting me down and that allows me the confidence to do whatever I want in my daily life and work life. One simple change might be all you need to make a big difference to your routine. I found my perfect fit with SenSura Mio Concave.

If you would like to read more about the SenSura Mio Concave or to check if you have the right product fit for your body why not try the online BodyCheck. Just click on the image below. 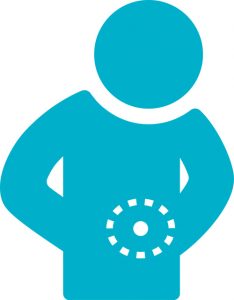 Our lives may have changed dramatically – but our mission to make life easier for people living with a stoma remains the same. Register online to receive your products direct to your door from Coloplast Charter.