Ben Coombes will make his Team Colotomy UK debut on April 3rd against York Lokos. This is how he got there after stoma surgery 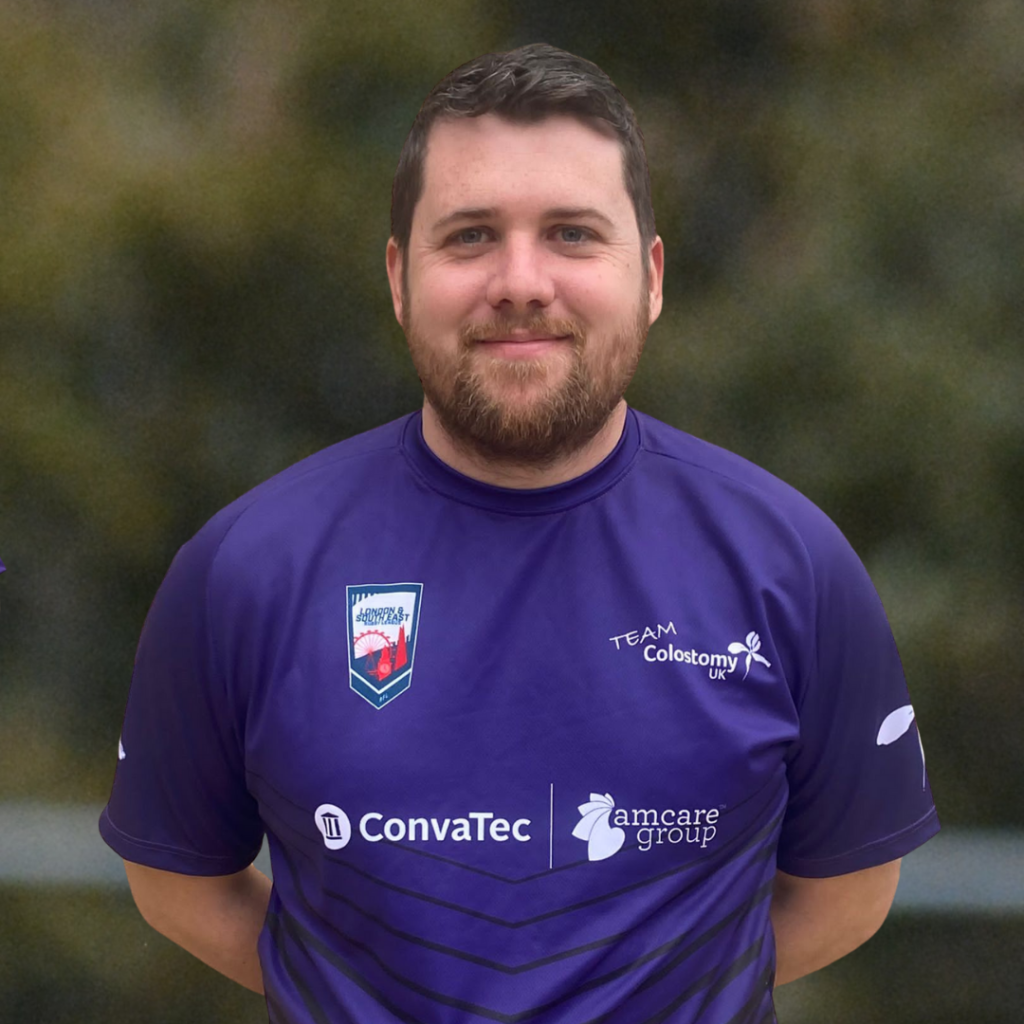 I started playing Rugby Union when I was 17, in the Salisbury area and at university in Gloucestershire.

I have Ulcerative Colitis and in 2019 had emergency stoma surgery.

Once I had recovered I started playing for Wheatsheaf Cabin Crew RFC.

My first game back was five months after my operation and I hated it. I’d lost all my confidence and threw my boots in the bin.

I was thinking about giving up until my partner Daisy called a company who supply the foam for tackle bags, and ordered some special impact foam from them which she used to make a special homemade stoma guard that has given me all the confidence to continue to play and not worry about taking big hits.

I am really looking forward to playing for Team Colostomy UK, meeting people with similar attitudes to myself to overcome setbacks that happen in life but not let it have a negative effect, and also to try to attempt to play rugby league for the first time!