Graham Wells is a Team Colostomy UK original, having made his debut in our first ever game against Medway Dragons. He’s also an ever present, appearing in every match since. These are his memories of that first game and what it means to him to be part of ‘The Purps’ 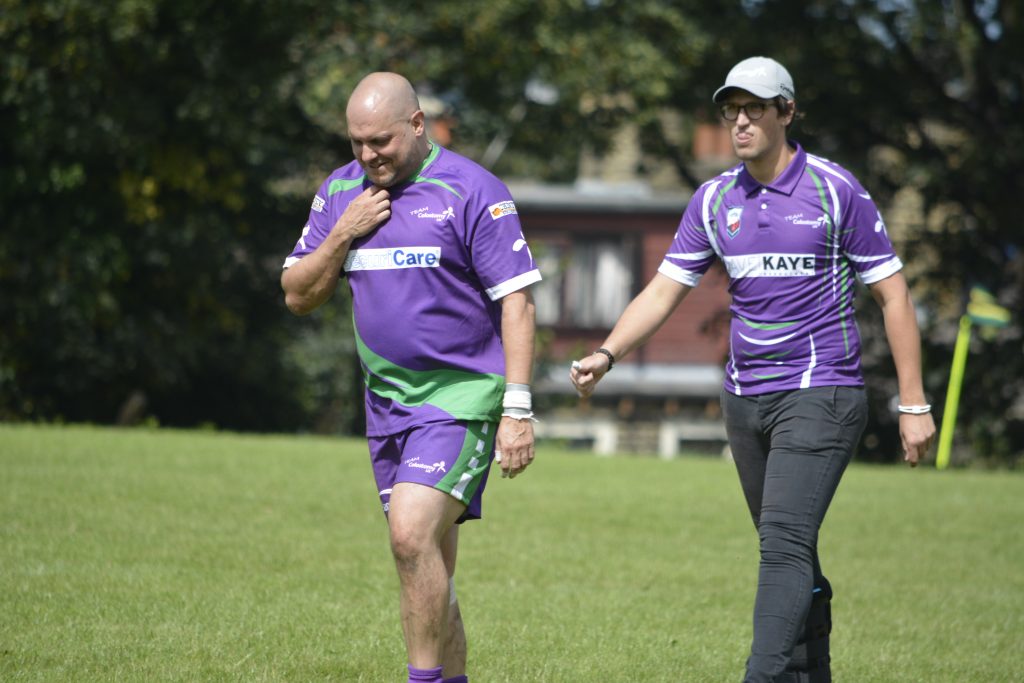 “I have been part of Team Colostomy UK since the very beginning. I had an emergency colostomy which saved my life and then had a reversal just over two years ago.

It was great to be part of the first game at Medway Dragons in Kent back in July 2018, I met others that have been through the same issues as me and are still battling them today. No one knew what to expect in the game, the temperature was in the thirties, we had not trained together and this was the first time we had all met face to face, and for some, the first time they had ever played Rugby League (Myself included!)

There was banter in the changing rooms, no one was ashamed and everyone felt at ease.  We talked about scars, Colostomy bags and how we had ended up with our stomas, it was fantastic and so easy to talk about.

When we got on the pitch all I can say is WOW, it was as though we had been a team for a while. We pushed our more, experienced opposition, matching there tries, skills and physicality it was exhilarating.

At the end of the game we all felt great, we couldn’t stop talking and laughing together in the changing rooms.  Exchanging mobile numbers so we could stay in touch, expressing how we could not wait for the next game and then all heading to the pub together for a well earned pint.

I have now become an Ambassador for Team Colostomy as well as a player. I have made some amazing friends and I am now part of the Purps, ever expanding Family.  Its an honour and privilege to part of something so amazing, educating people, Supporting others and being part of something Very, Very special.