Ten months after surgery  to have his bladder removed Tim Cree looks forward to his first game for Team Colostomy UK against the British Asian Rugby Association. 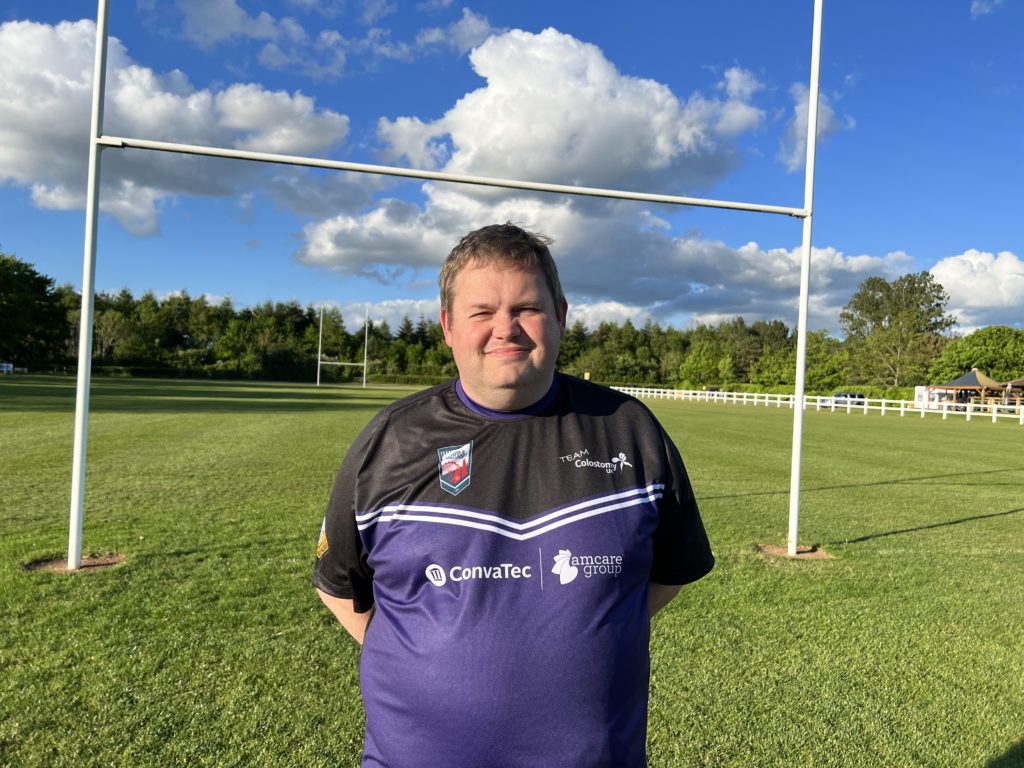 “I played most sports in school, and as I grew older I became more focused on endurance events. Work and family were more important to me as I got older and participation in sport decreased.

I started to run again about three years ago and really enjoyed it. Unfortunately in October 2020 I badly broke my leg and five months later was just starting to run again. Then life, as it does, threw me a curve ball, I was diagnosed with bladder cancer!

I had surgery in July 2021 to have my bladder removed and I now have a urostomy. It took me 6 weeks to be allowed to run, and it was hard. I struggled with leaks when I first started, and it took a lot to keep going,  but it was a learning curve, and though I still constantly check my bag when I run, and probably always will, I enjoy my running again.

I’m really looking forward to pulling on the purple jersey on match day. I know that having the support of a team is so important when things are difficult. I also am looking forward to helping break down the perceived barriers that may stop people with a urostomy participating in sport. What better way to do that than playing for the purps and helping more people to be stoma aware. I’ve had my stoma for 10 months and have never actually met anyone else with a stoma, so meeting people who also have a stoma and still do what they want to do is good. I can’t wait!”