“From the first time I heard about Team Colostomy UK I knew I had to get involved in this great initiative.

It was only 3 weeks after having an emergency total colectomy (due to 20 years battling ulcerative colitis) that I contacted Giovanni and decided to venture to Kent on the 14th August 2021 for the triple header with Robbie’s Roos and Invicta Panthers to see what it was all about. 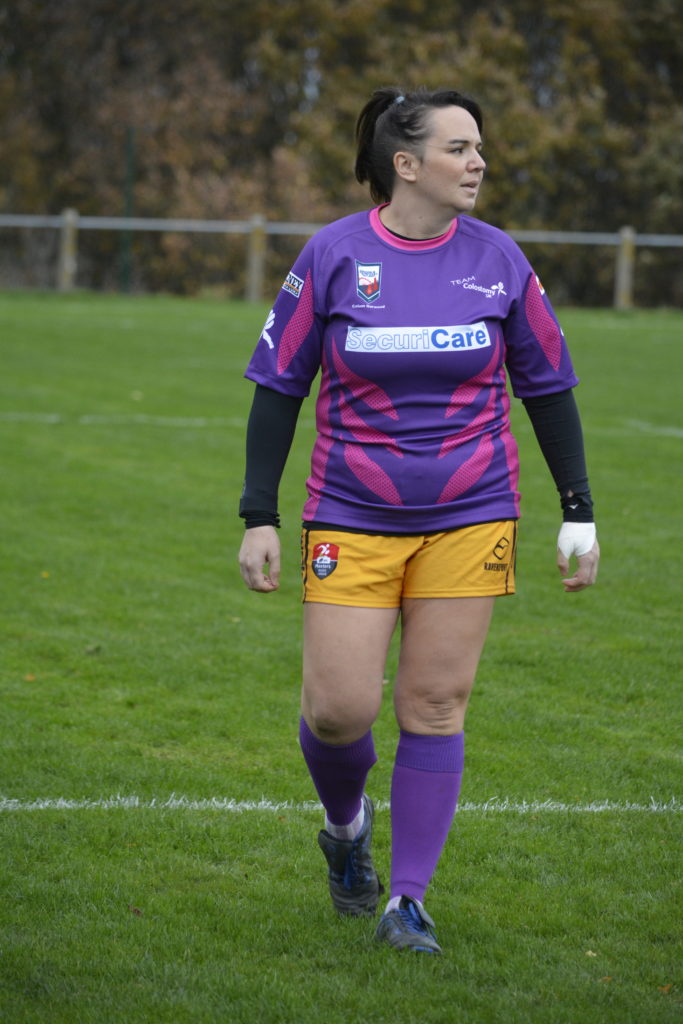 I knew there and then that this was right up my street – I was captivated. As a union player and coach I jumped at the chance to be part of the team playing against Bramley Buffaloes on the 20th November – almost 5 months to the day of my surgery. Having trained and played touch tournament’s and matches post-surgery – the prospect of coming face to face with 13 male rugby league players was slightly nerve wracking! The game was incredibly physical and the opposition weren’t shy when tackling – so armed with my gold shorts and trying my best to stay on the wing, meant I survived the second half unscathed!

I love being part of a new rugby family, raising awareness for a fantastic charity and for allowing me to play alongside super league legends. I have made friends for life at Team Colostomy UK and will continue to support projects and help raise awareness of how returning to sport – even with a stoma is possible! I can’t wait to be part of Team Colostomy UK fixtures next year”

If you’d like to play or volunteer for Team Colostomy UK we’d love to have you. Email giovanni.cinque@colostomyuk.org for more info.