Home > About Us > Our trustees > Alfred Levy 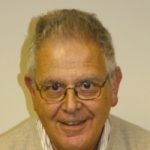 Alfred lives in a village in Bedfordshire. He married Sue in 1969, has two grown up sons and four grandchildren. A chartered accountant, Alfred was a partner in a London firm until his retirement in 2010. He was also managing director of an outsourcing company in Stevenage which supported overseas companies setting up in the UK.

Alfred had a colostomy in 2006 as a result of bowel cancer. He became a volunteer with Colostomy UK five years later and works on the helpline and attends open days on our behalf. In 2011 he set up a support group in Stevenage called ‘Ostomistics’. Members have one or more of the three types of stoma. The group now has over 100 members and meets at least 12 times a year.